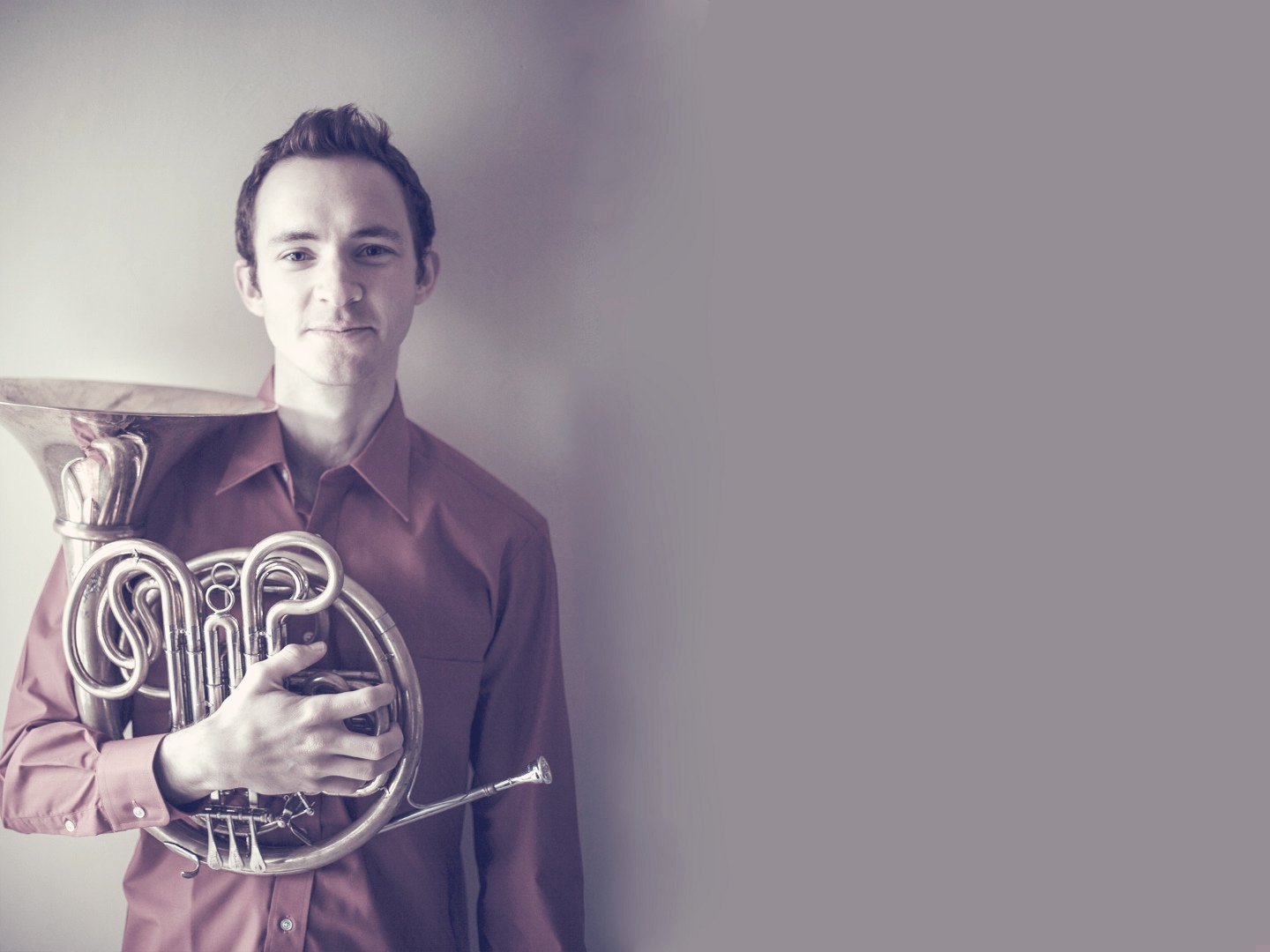 "A stunning performance... Alec Frank-Gemmill made the instrument dart, wail and flutter as if those were normal things for a French horn to do". (The Herald)

"I especially enjoyed Alec Frank-Gemmill's cheeky handling of the runs and decorations in the Horn Concertino." (Gramophone)

"a wonderfully characterful account of Schumann's Adagio and Allegro, with phrasing and tonal control so evocative that it made me sit up and take note." (The Scotsman)

Alec Frank-Gemmill was a member of the BBC Radio 3 New Generation Artist scheme from 2014–16, often appearing as a soloist with the BBC orchestras, including in performances of rarely-heard repertoire by Ethel Smyth, Malcolm Arnold and Charles Koechlin. He was Principal horn of the Scottish Chamber Orchestra for ten years and took up the same position with the Gothenburg Symphony Orchestra in October 2019.

With the Scottish Chamber Orchestra, Alec performed concertos by Mozart (on the natural horn), Ligeti, Strauss and Schumann. His recording of Strauss’s First Concerto was recently named Disc of the Week on the BBC's Record Review programme. He has also recorded three albums for the BIS label, thanks to the support of the Borletti–Buitoni Trust. He is very active in the early music scene and has been a member of Peter Whelan's Ensemble Marsyas since its inception. Whether on modern, classical or baroque horn, he is highly in demand as a chamber music partner and appears five times at Wigmore Hall this season alone.

For the last few years Alec has been shifting focus to conducting. He has taken lessons and attended masterclasses with Mark Heron, John Wilson, Sian Edwards and Paavo Järvi. Alec has conducted concerts with orchestras throughout the UK, often appearing as both soloist and director.